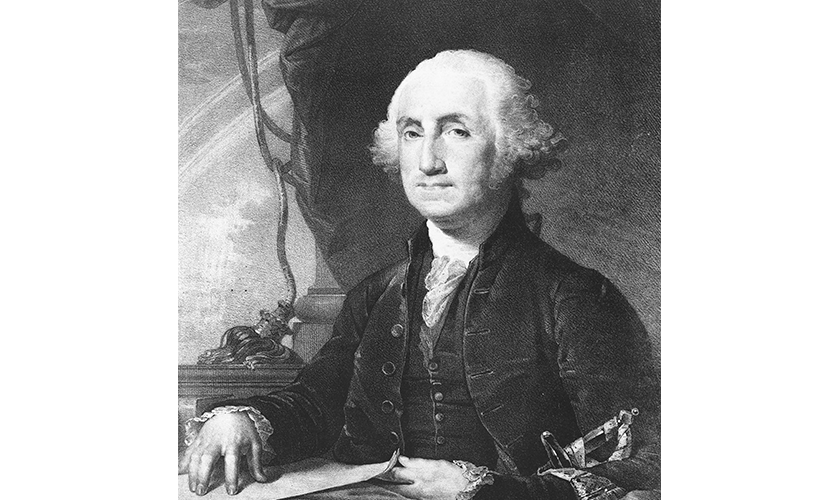 It’s October 2020. A presidential election is fast approaching. What better time for a list of insights into the intersection of art and the highest office in the land: portraits of the U.S. presidents.

1. Presidents have generally picked the artist who paints them.

2. Most of the depictions of our 45 presidents are oil portraits. More recently, the official portrait is a photograph until the president leaves office. Then, a painting is commissioned.

3. Two places house a complete collection of presidential portraits: 1) The White House 2) The National Portrait Gallery in Washington, D.C., where most appear in ornate museum frames of the era when the portrait was created.

Stuart started it all.

4. Gilbert Stuart began the tradition in 1796, when he painted an eight-foot tall portrait of George Washington. Another of Stuart’s portraits of Washington (he did several) is used on the $1 bill, making it the most viewed portrait in U.S. history.

5. Stuart’s portrait of Washington has been on display in the White House since 1800, thanks in part to Dolley Madison. In the War of 1812, when the British set fire to the White House, the then-First Lady and wife of president James Madison rescued the portrait from the flames.

6. Commissioning portraits of political leaders and other prominent members of society is a European tradition adopted during the early days of the United States. Stuart’s depiction of Washington, however, displays him less like a monarch or military figure and more like “a man of the people, elected by the people, part of the people.”

Rembrandt (not that Rembrandt).

11. Ralph E.W. Earl, portraitist of President Andrew Jackson, would follow the president around everywhere he went in order to “memorize” Jackson’s look. (It wasn’t until the advent of photography years later that artists began using photographs as visual reference.)

12. Teddy Roosevelt destroyed his first official portrait, by artist Theobald Chartran. According to Roosevelt, it made him look like a “mewing cat.

13. John Singer Sargent was then hired to do Teddy’s make-good.

16. The portrait of Bill Clinton is the first painted by a Black artist, Simmie Knox.

17. The most recently completed work – of Barack Obama, by artist Kehinde Wiley – is decidedly different than every other presidential portrait. Its backdrop includes flowers commonly grown in Chicago (chrysanthemums), Kenya (African blue lilies), and Hawaii (pikake), three places in which Obama spent significant portions of his life.

18. Ronald Reagan, a great admirer of President Calvin Coolidge, moved Coolidge’s portrait into the White House’s Cabinet Room, next to the portrait of Thomas Jefferson. Reagan thought Coolidge would be more suitably positioned next to a founding father.

19. The portrait of Warren G. Harding was the first painted from photographic reference.

21. While in every other portrait the president’s eyes are visible, John F. Kennedy is depicted with his head down and arms crossed. Jackqueline Kennedy, his widow, asked that artist Aaron Shikler create an image that was different than the way “everybody else makes him look, with bags under his eyes and that penetrating gaze. I’m tired of that image.”

22. Shikler’s painting was inspired by a photograph of Teddy Kennedy standing at his brother’s gravesite.

Out: Bill and George W. In: Teddy and William

24. In March 2018, President Donald Trump signed into law the Eliminating Government-funded Oil-painting Act – also known as the Ego Act – barring use of federal funds to pay for federal officers and employees’ official oil portraits. This includes presidential presidents. (Since 2014, the annual budget has featured short-term bans on federal funding for oil portraits. The EGO Act makes the ban permanent.)

Of course, each work mentioned above is a framed portrait. At American Frame, we’re proud that many remain in their original wood frames, made by craftspeople of the day out of one of the country’s greatest natural resources.