How to Choose a Frame for a Stretched Canvas 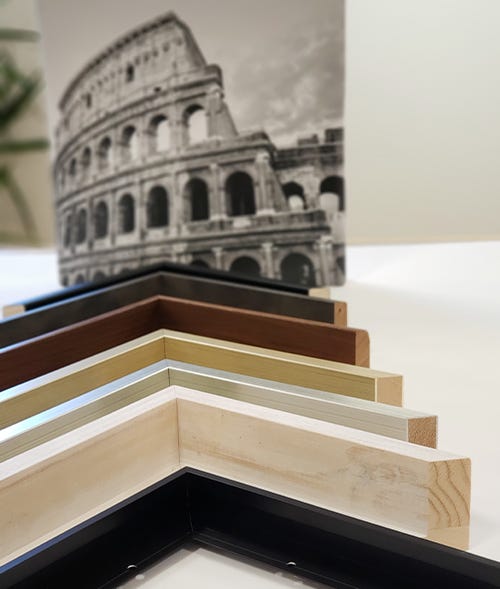 Choosing a frame for a stretched canvas can be a simple process, once you decide on the type of frame that you wish to use. By the type, I mean back loader, front loader (float aka floater), or metal.

The back loader is the typical frame that is usually used for framing. The canvas is placed into the frame from the back and held in place by various means.

Metal frames receive the stretched canvas by sliding the stretcher into channels in the sides of the frame.

Here are a variety of canvas float frames. The canvas is loaded from the front and sits on that bottom lip. Pre-drilled holes are drilled into the bottom lip and the canvas is secured into place with screws. 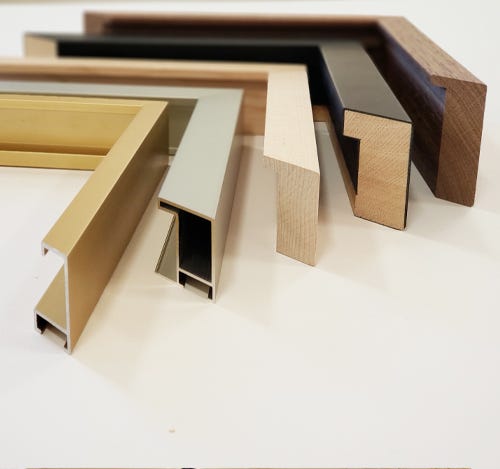 Here is an assemblage of standard metal and wood frames with varying rabbet depths. 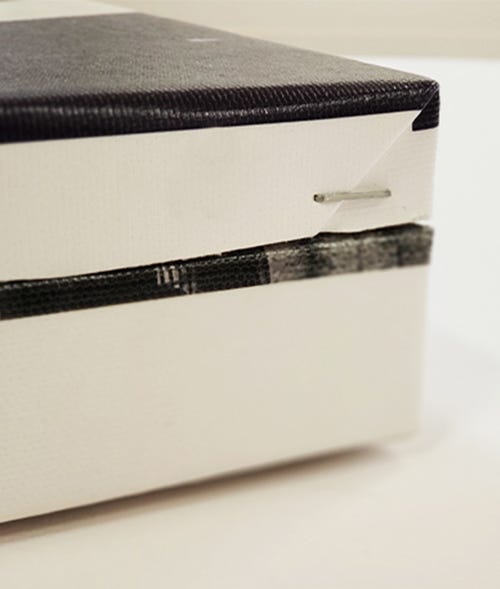 Canvas stretchers come in a variety of thicknesses as well. This image shows the differing thicknesses of two stretcher bars. The thickness of the stretcher bar will play a role in determining which frame to choose. 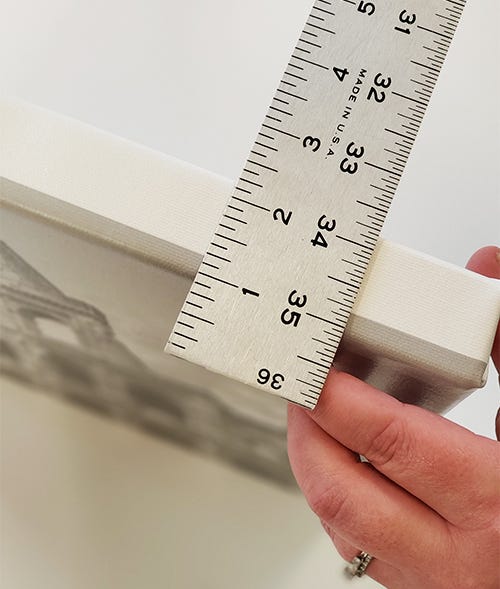 First, measure the thickness of the stretched canvas. 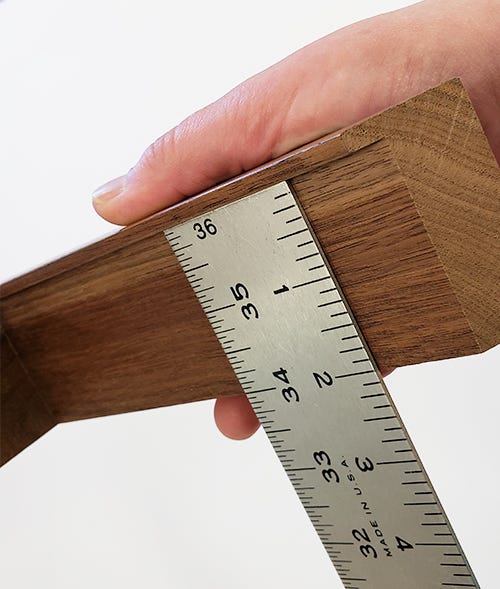 Let’s run through a few scenarios: 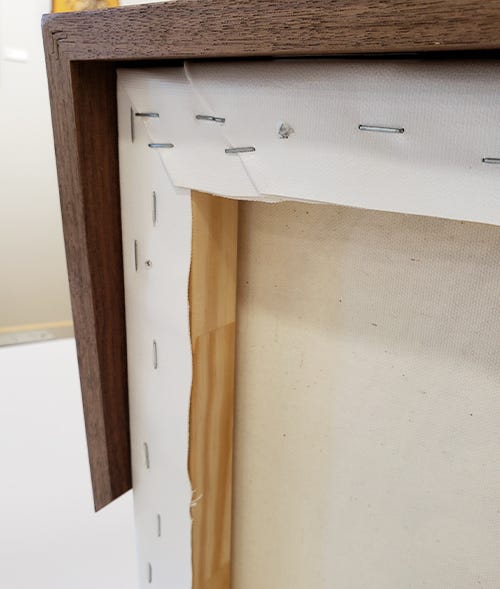 In this scenario, the stretcher bar is thinner than the rabbet. There is still room in the back of the frame to secure the canvas with Framer’s Points. 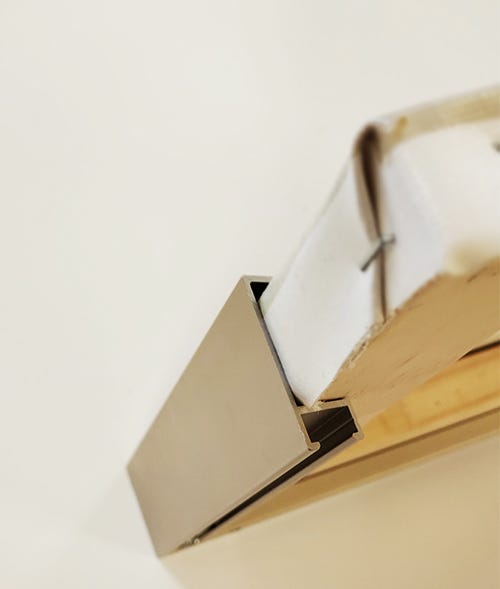 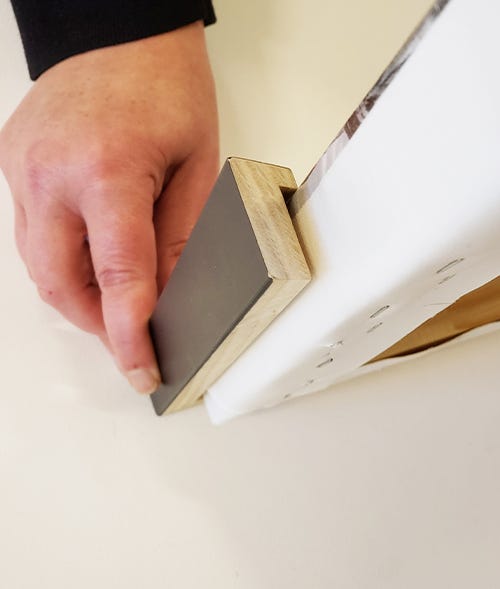 In this example, the canvas is thicker than the depth of the rabbet, which causes the canvas to stick out of the back of the frame. This is totally doable, but here are some things to consider.  Once hung, the frame will be pushed away from the wall and will not sit flush against the wall. If viewing from the side, the canvas will also be seen. This canvas can only be secured by canvas clips or offset clips (but not with framer’s points).

The following are some examples of canvas floaters with varying stretcher bars: 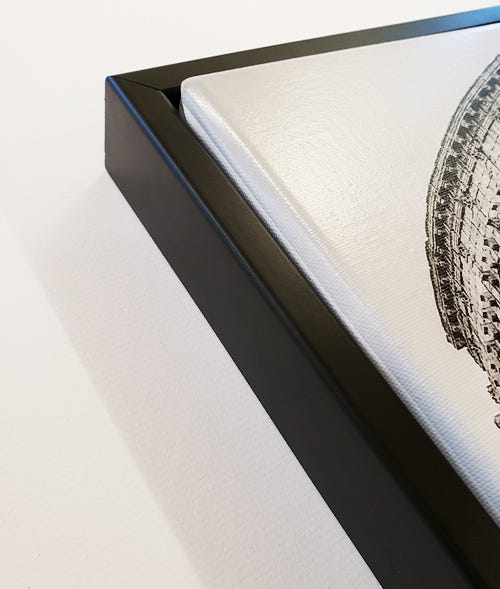 The rabbet of this frame is smaller than the depth of the canvas. Since canvas floats are loaded from the front, the canvas will stick out of the front of the frame. 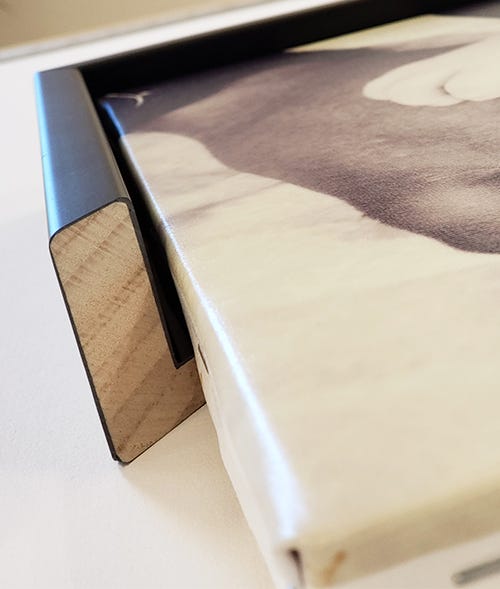 Using the same frame, this canvas is thinner than the rabbet. This means that the canvas will be recessed in the frame. 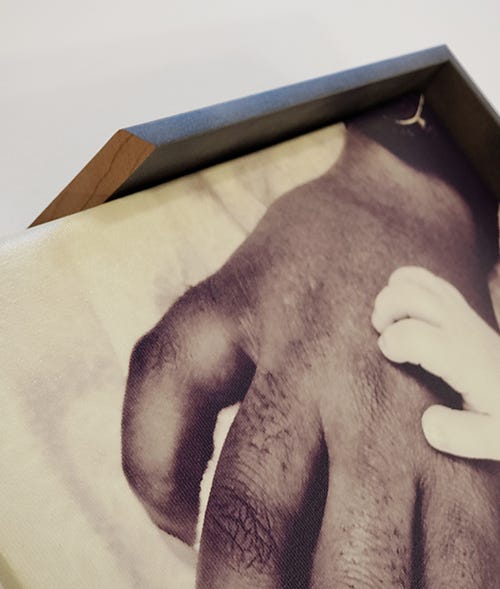 This time, we are using a very deep frame. Again, the canvas is recessed in the frame. Depending on the look you are trying to achieve, you can secure the canvas in place as is or use spacers to bring the frame more towards the front. 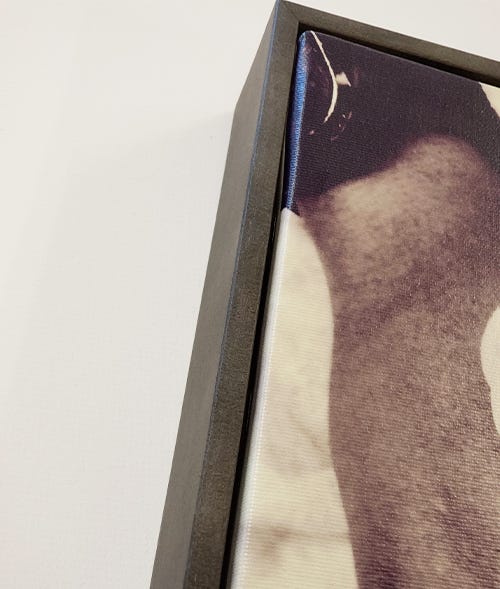 This is how the canvas would look if spacers are added to the back to push the canvas forward.

There are many different options when choosing a frame for a stretched canvas. Most of the choices you make depend on personal preference. Do you prefer the canvas to fit inside the frame and secure it with points or do you not mind that the canvas sticks out the back? As long as you know your measurements, there are tons of frame options out there!

Consult our other canvas articles for more information:
Why Should I Frame My Canvas Painting?
Using Linen Liners for Art and Framing
Canvas Clips and Offset Clips
How to Frame a Canvas with a Canvas Floater
Calculating the Float with a Float Frame
Do You Stretch Large Canvas?
What Frames Are Best With Linen Liners?