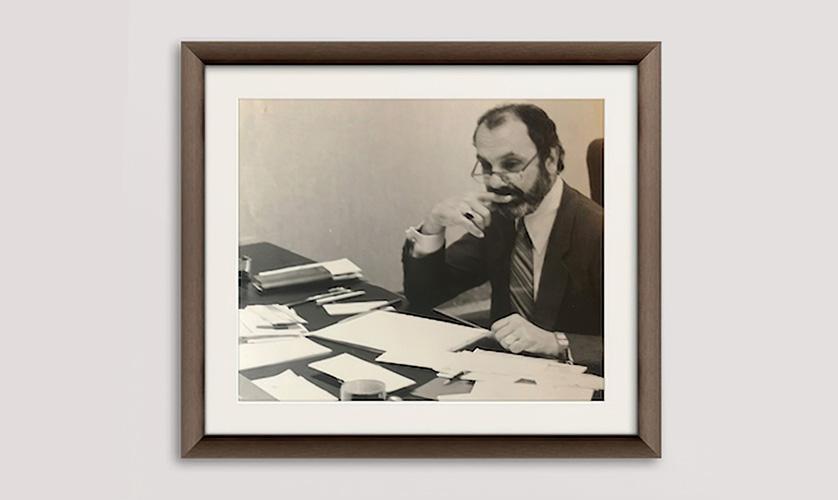 My Dad, Our Founder

There are countless stories of really great dads. Men who support us. Teach us. Inspire us. Set the bar high. If you’re fortunate, you were raised by one. Or, you were taken under the wing by a father-figure who, though not actually related by blood, truly believed in you.

Great dads are priceless. Ron Mickel, our dad and founder of our company, was beyond priceless. 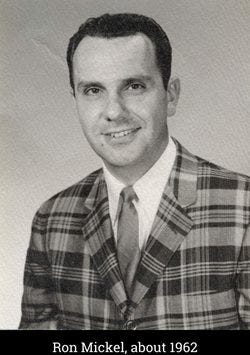 Dad was a hands-on guy. Smart. A tinkerer. It became common knowledge in our industry that he was the one who figured out that the Nielsen metal picture frame, originally marketed to frame shops In the early 70s, could be custom cut and sold in pairs like stretcher bars, directly to artists through the mail. It was, and continues to be, the simplest and most sophisticated solution to the question of how to frame art.

But as his oldest child, that’s not how I saw it.

Like many American dads, ours was a master craftsman. In addition to his frame shop and gallery, he kept a little corner of our family garage for his tools, work bench, and eventually, a metal saw. It was there, in his corner of our garage, where he crafted his first frames.

I remember it like it was yesterday. As with many middle-class households of that era, my three siblings and I weren't allowed to enter the house through the front door. We were to enter through the side, pass through the garage, and deposit our coats, shoes, etc in the back hallway. One afternoon after school, there was dad, in the freezing cold, cutting frames. I thought he was nuts, and I said so, loud and clear, with a sassy teenage eye roll. I then went about my business, and he went about his. While I wished dad was more like my friends' fathers–with a ‘real’ job–he would have none of that. He chose the path of risk for potential reward. 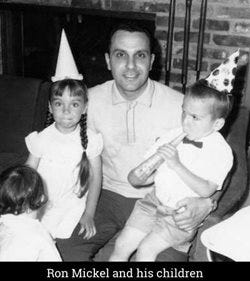 So how is one ‘raised’ by a person like him? The answer for me was side-by-side, with a few gap years in between.

In the early days, dad's store was a mile from our home. It wasn’t unusual for me to hop on my bike and go help at the store for a few hours. It was valuable time for me, and I suspect it was for him. I learned how things ran, how to work. and how to stay steady and committed to an idea in the face of so many competing opportunities.

Years later, after earning our degrees and gaining some outside experience, my sister Dana and I both came back into the company where we enjoyed dad's mentorship and partnership for nearly 30 years. During that time, the three of us–dad and his two daughters–cemented a love of our collective work and formed a bond that transcends a lifespan. That is what great dads do. They set the example, delve into the work, guide through the ups and downs, then revel in the fruits of their labors. Yes, we were lucky. We hope, when you think about your own father or father figure, you have similarly good memories. 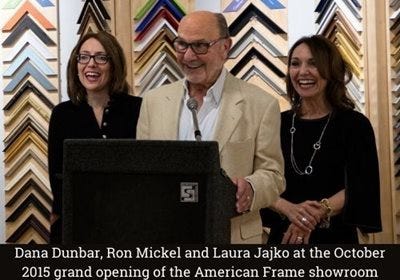