During World War II, Pablo Picasso was unable to procure oil pastel sticks, his medium of choice. After the war, he persuaded a French manufacturer of fine art products to start producing them. The sticks have remained popular since the time Picasso used them to create many of his most prominent works.

Verdell was born in Long Beach, California. At age 13, his family moved to Fremont, Ohio. He attended Bowling Green State University, where he earned a bachelors in fine arts. He now maintains a studio in Toledo. 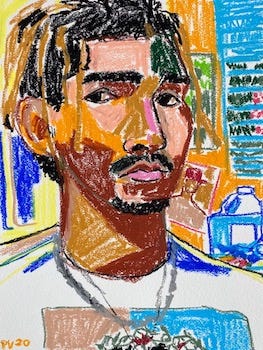 NOTE: This interview was conducted in May 2020, in the midst of the Coronavirus COVID-19 crisis.)

American Frame: What were your earliest memories of your interest in art and being an artist?
Paul Verdell: When I was trying to draw cartoon and anime characters on Saturday mornings.

A.F: How would you describe your style?
Paul Verdell: I don’t know yet. These days, I’m heavily influenced by impressionism and postimpressionism.

A.F.: How did your current style develop?
Paul Verdell: It evolved over time. It started with smaller oil pastel drawings and gradually became larger paintings in oil stick. 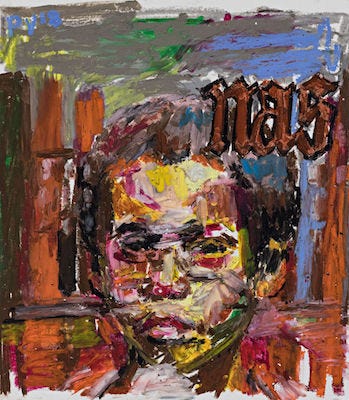 A.F.: Why is making art so important to you?
Paul Verdell: I like the documentation aspect of it. Right now, I’m doing a lot of portraiture. I enjoy making a stamp in time.

A.F.: What media do you work in?
Paul Verdell: Oil pastel, oil stick, and oil paint.

A.F.: Is art your business or your hobby?
Paul Verdell: Both. 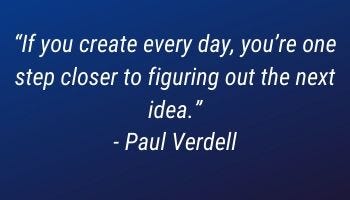 A.F.: When you're not creating, how do you spend your time? What else interests you, and how do those interests impact your art?
Paul Verdell: I like to read, listen to hip-hop, watch ‘80s and ‘90s gangster films. Hip-hop has influenced my color palette a lot, especially ‘90s hip-hop, when the clothing was really colorful. I think about brands like Fubu, Coogi, Tommy Hilfiger.  I also think about impressionist works I see at the Toledo Museum of Art.

A.F.: If you could meet any artist in the history of the world, who would it be and why?
Paul Verdell: Probably David Hammons. I’ve always been interested in conceptual art that isn’t as linear as painting, with paint or sculpting with clay. I’d ask him how he knows when something “works.”

A.F.: What is your biggest challenge as an artist?
Paul Verdell: Right now, it’s making large-scale paintings. Always a battle.

A.F.: How do you break through creative blocks?
Paul Verdell: I try to make something every day, even if it’s bad. If you create every day, you’re one step closer to figuring out the next idea.

A.F.: What are you most proud of?
Paul Verdell: Having artwork in the arena where the Cleveland Cavaliers play (Rocket Mortgage FieldHouse), and being able to afford my own studio. 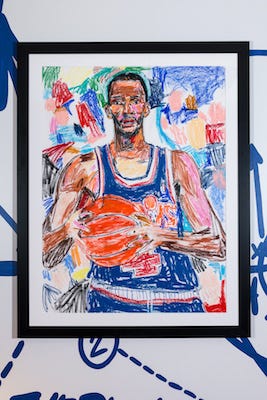 A.F.: How did you discover American Frame?
Paul Verdell: I heard about American Frame while I was going to BGSU for my bachelors in 2015.

A.F.: What do you love about working with the American Frame team?
Paul Verdell: They’re very friendly and willing to help. I like going to the showroom (at the American Frame headquarters in Maumee) to get advice on what frame would make my artwork pop.

A.F.: What is your favorite frame American Frame carries?
Paul Verdell: I love the wooden frames. I used them on two paintings and they made the biggest difference.

A.F.: What advice would you give artists reading this?
Paul Verdell: Be authentic when making your work. Don’t worry about what the next person is doing. 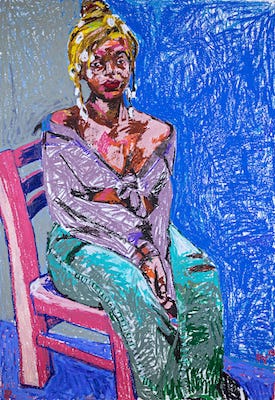